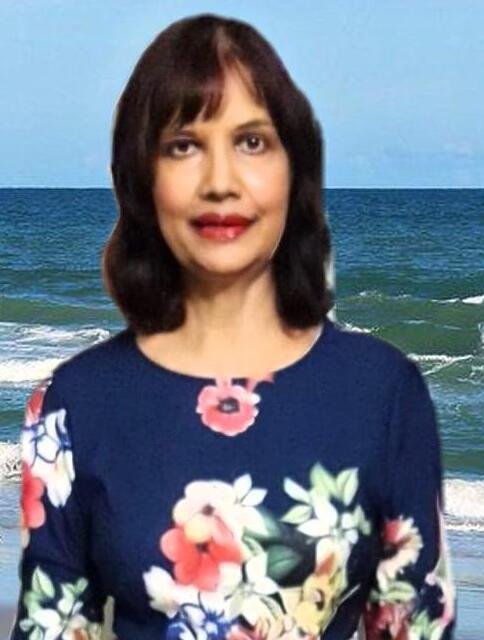 President and Founder- How to Write for Success Literary Network

From Banker to Author – Who would have imagined that a harrowing diagnosis of cancer could change your career and open up a whole new world? Author Brenda Mohammed from Trinidad and Tobago, did not choose writing as her career. It happened by chance. She was a successful bank manager who moved into Insurance after leaving the bank. She excelled there as well. Brenda pursued a Diploma in Banking at the Institute of Bankers in London, and obtained a Diploma in Life Underwriting from the American College, USA. [LUTCF]. She qualified for the Million Dollar Round Table, the Premier Association for Financial Professionals, [MDRT] six times in a row. Those travel opportunities broadened her knowledge in new areas which prepared her for writing. Her writing journey began after her bout with cancer which almost killed her. Miraculously, she survived after flying to Miami for treatment. She wrote a book I AM CANCER FREE eight years after her near-death experience, and it became a best seller. The book won an award in Readers Favorite International in 2018 in the category Health and Fitness. Thereafter, she continued writing and has published 50 books in multi-genres to date. Among her publications are five anthologies and three magazines for the How to Write for Success Literary Network that she founded. Her superb writing skills won her several literary awards in the USA, Peru, Kazakhstan, Seychelles, Nigeria, India, Romania, Argentina, Ukraine, Morocco, Philippines, Hong Kong, Indonesia, Barcelona, France, Switzerland, Italy, Indonesia, Sri Lanka, Germany, Austria, Czech Republic, and the UK. Her genres include memoirs, science fiction, romance, self-help, mystery, children’s books, psychological thrillers, Christian books, poetry, poetry anthologies, and magazines. She made headlines in several newspapers around the world. Many of her books received five-star reviews from Readers Favorite International, and many attained the No 1 bestseller ranking. In November 2018 she won two awards from Readers Favorite International for her science fiction book, ‘Zeeka Chronicles’ in the category Young Adult Thriller, and her Memoir, ‘I am Cancer Free’ in the category Health and Fitness. Three of her books won gold awards in Connection EMagazine Readers’ Choice Awards - Zeeka Chronicles, [2019] Stories People love, [2020] and How to Write for Success [2020] In Sept 2021 her mystery book, Barry Holmes Mysteries, won her BEST WRITER - FANTASY Award in the CLR [ Culture, Literature, and Research] Awards. Brenda is the Founder of the Literary Network How to Write for Success with sub-forums - Poems for Suicide Prevention, Library of How to Write for Success, and Poems against Domestic Violence. In May 2022, she was appointed President of Camara International Chamber of Writers and Artists Intercontinental [CIESART], for the Trinidad and Tobago office. Brenda is an advocate for Peace and an advocate against Domestic Violence and Suicide Together with several bestselling authors, they have published five No 1 best-selling anthologies for these causes: A Spark of Hope I and II, Break the Silence I and II, and a groundbreaking anthology – Peace Begins with US. Her YouTube Channel for her Video Book Trailers, songs, and travel memories, received over 141,000 views since its inception.