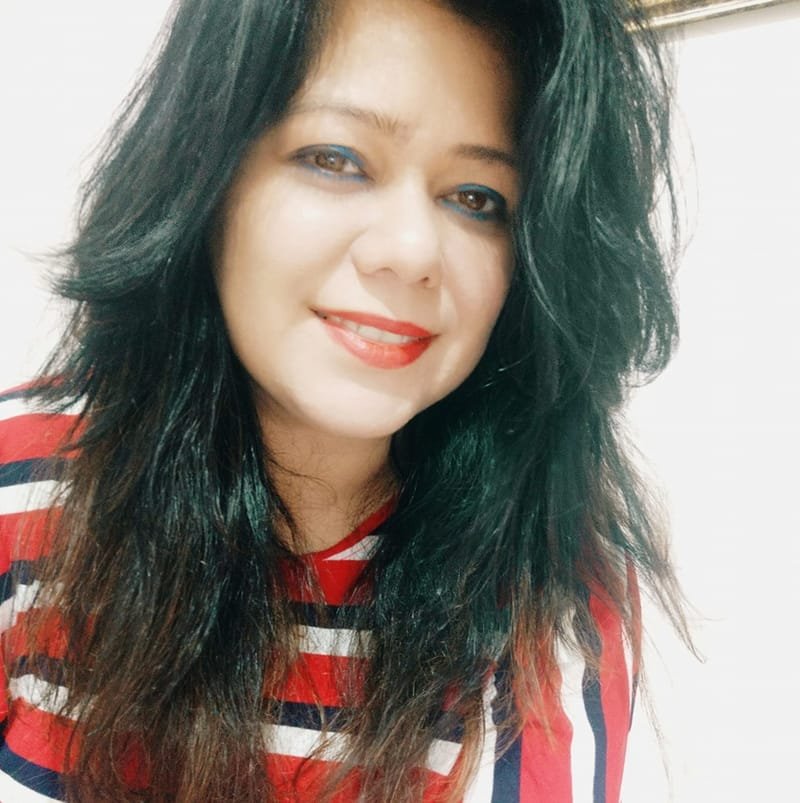 Dr, Vandita Dharni hails from an eminent family of educationalists. She has earned many a distinction in the literary field. In the early stages of her academic pursuits, she raised the bar by topping the University of Allahabad at the postgraduate level in English. Thereafter, she earned an honorary Ph.D. degree from the University in American Literature. Her articles, poems, and short stories have been published in journals like Criterion, Ruminations, GNOSIS, HellBound Publishing House and International magazines like Immagine and Poessia, Synchronised Chaos, Guido Gozzano. and Primer Antologia De Poetas Del Proyecto De Unamos Al Mundo Con La Poesia- Mexico. Her poem, The Endangered Tiger was given an honourable mention in the Guido Gozzano. Her first anthology, Quintessential Outpourings was published in 2016. Her next two books, The Oyster of Love and Rippling Overtures have been published recently. Her poems were read on the John Kavanagh show. She has edited anthologies for Poetry World and an anthology entitled Petals of Peace. She has also reviewed several poems on poetry sites like Poetry Review on Facebook. Vandita also co-authored four bestselling Anthologies published by the How to Write for Success Literary Network of which she is Chief Administrator. The Anthologies topped the ranks of Amazon and became Amazon bestsellers in the space of a few days. She has been honoured with the Poetic Galaxy Award 2018 by the Literati Cosmos Society for her notable contribution to Poetry and the Double Cross Award for her outstanding contributions in the book on Complexion Based Discriminations. They were conferred upon her by the Literati Cosmos Society of India. World Nations Writers’ Union honoured her with the World Poetic Star award in 2019. She received the Star Ambassador of World literature by Phiosophique Poetica, Canada in 2019, and the Rabindranath Tagore Award for Poetry in 2020 by the Arpita Foundation at Brindavan, Mathura. Apart from her literary achievements, Vandita is the Ambassador of the World Institute for Peace for Chandigarh, India. .