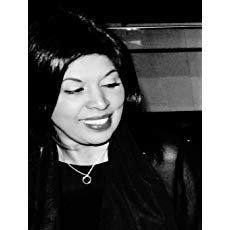 Mala Naidoo is an Australian thriller fiction writer, and poet. She is an Administrator in the Literary Forum How to Write for Success. She was a co-author in two bestselling Anthologies initiated by the Forum's Founder. They are A Spark of Hope Volume II: A Treasury of Poems for Saving Lives, and Break the Silence: An Anthology Against Domestic Violence, which both topped the charts on Amazon and climbed to No 1 Bestsellers. Upon the recommendation of the Founder of How to Write for success, Brenda Mohammed, Mala was honoured with the Award of Ambassador De Literature by Shiju H Pallithazheth, Founder of Motivational Strips, the world's most active writers' Forum. She runs her website Mala Naidoo’s Book World with a newsletter sign-up for sample compositions, giveaways, and blog posts on writing and books. Mala has worked as an English teacher in South Africa and Australia. She was head of three English faculties and is currently a part-time teacher and university advisor. Mala runs writing workshops for high schools on request. She upholds and supports All Lives Matter. Her mission statement is: In our angst and joy we are one under the sky of humanity. On 15th August 2020, Motivational Strips and Gujarat Sahitya Akademi under State Government of Gujarat honoured 350 writers of which Mala was one, for Literary excellence on par with Global standards.