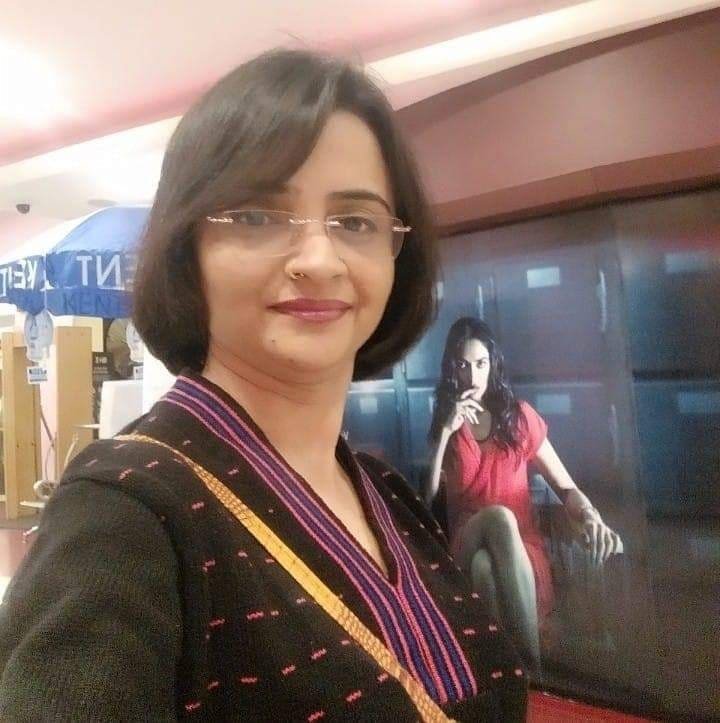 Malakshmi Borthakur is a writer/poet of international fame holding both silver and gold categorized membership in ‘Motivational Strips’, the world’s most active writers’ forum. She is also an official member of the World Nations Writers Union (WNWU) Kazakhstan. Malakshmi has a steady literary career as a translator, short story writer, and multilingual poetess. Hailing from the state of Assam in India, Malakshmi writes in English, Hindi and her native language, Assamese. She holds a Masters Degree in ‘English Literature’, and in ‘Indian Traditional Vocal Music’ with additional graduation in Education (B.Ed). For Malakshmi, poetry is a passion and music is her pastime. She learned music under the tutelage of her husband, renowned Classical Vocalist of Lucknow, Dr. Biju Kumar Bhagawati. Malakshmi also gives music lessons to students up to the graduate level during leisure times. Malakshmi values humanity as an author and poet and her literary works shed light on issues such as love, life, pain, tears, and the anguish that individuals suffer from within. Her social concern subjects include gender justice, human rights, and human development. Her desire to put colours of hope and life in the blank canvasses of the lives of people around her prompted her to start writing short stories apart from vibrant poetry. Malakshmi’s literary works are popular through varied national and international magazines and anthologies of repute. She has contributed to many coveted anthologies. She is the co-author of ‘Limca Book Of World Records’ holder anthology of poems ‘Amaravati Poetic Prism, 2018’, edited by Padmaja Iyengar Paddy from India. In the other two editions of ‘Amaravati Poetic Prism’ 2017 and 2019 respectively, Malakshmi had contributed her multilingual poems. She is also the co-author of Amazon Bestsellers ‘A Spark of Hope volume. II', and 'Break the SILENCE' - anthologies of global poems released by the online forum of repute ‘How To Write for Success’, an affiliate of ‘Motivational Strips’, the world’s most active writers’ forum. The other international anthologies of repute, in which her works reflect are ‘Symphony of Peace', ‘Tranquil Muse' and 'The Vase' of 10th, 11th and 12th 'Guntur International Poetry Fest' organized in Guntur, in the state of Andhra Pradesh, India in 3 consecutive years (2017, 2018 and 2019) respectively. Recently, on 3rd of March, 2020 Malakshmi has been featured in ‘Vocea Literara’, a popular Romanian literary magazine published by the Romanian Association of Writers. The chief editor for this magazine is a popular author from Romania, Ms. Corina Junghiatu. Other publications: Malakshmi's Hindi and English poems also reflect through August’ 2017 issue of Setu Hindi Patrika, a bilingual monthly journal published from Pittsburgh, USA; August 2017 issue of LangLit; September’ 2017 issue of Our Poetry Archive, India; April- May' 2017 and September-October' 2018 issues of 'Dimorian Review', India; International anthology, ‘Fragrance of Asia’ Vol. I edited by Dr. Muhammad Shanazar; International anthology, ‘Whispering Poiesis’ by poiesisonline.com of India (May 2018); March 2019 issue of ‘Setu-English’, special edition, 'Women, Power & Creativity', edited by Padmaja Iyengar Paddy; International anthology 'Fancy Fragrances' published by Global Fraternity Of Poets, India, published in May' 2019. Malakshmi is one of the top 50 contributors to the first issue of the magazine 'The Genius', published by the House of Motivational Strips. This is a few of her prominent publication and apart from this, she has contributed to varied journals and online portals. Many of Malakshmi’s poems in Hindi have been translated into English, Urdu and Gujarati language by eminent scholars like Dr. Muhammad Shanazar of Pakistan and Padmashri Dr. Vishnu Pandya, the Chairman of Sahitya Academy, Gujarat, India. As a translator, Malakshmi had undertaken the most prestigious international project of poems called 'A Gift' in 5 sequels by Luzviminda Gabato Rivera from Philippines. Malakshmi has translated the poem sequels into Hindi and her native language, the Assamese. International Honours & Awards: • ‘World Award Of Excellence 2019- 2020’ from Government of Peru, South America. • Diploma Level II- 'Temirqazyq The Best Post/Writer Of The World' 2019' organized by ‘World Nations Writers' Union’ (WNWU) Kazakhstan (2020) • ‘Global Literature Guardian’ from Motivational Strips, World’s most active writers’ forum (2020) • ‘Order Of Shakespeare Medal’ from Motivational Strips, World’s most active writers’ forum (2020) • ‘Silver Category’ and 'Gold Category' Membership from Motivational Strips (2019 & 2020) • ‘World Laureate In Literature’ from ‘World Nations Writers Union’ (WNWU) Kazakhstan (2018) • ‘World Poetic Star’ from ‘World Nations Writers Union’ (WNWU) Kazakhstan (2019) • ‘Pentasi B World Featured Poet’ from Pentasi B World Friendship Poetry, Philippines (2018) Regional & National Awards: • ‘Hindi Sevi’ by Viswa Hindi Rachnakar Manch, New Delhi, India, (2017) • 'Nari Sagaar Samman’ by JMD Publications, New Delhi, India (2018) • Best Poet Award’ from Global Fraternity of Poets, Gurugram, Haryana, India (2019) • ‘Sahitya Shree’ by Ru-Ba-Ru Foundation, Lucknow, India (This National award was conferred on her for short stories in Hindi) (2020) Additionally to the above, Malakshmi is also one of the winners of India's prestigious '7th Rabindranath Tagore Award - International English Poetry Contest 2018' organized by poiesisonline.com. Malakshmi Borthakur keeps inspiring her country and the world with her literary passion. Her social activeness to fellow writers has earned her an Administrator Status in ‘How To For Success’, an online literary portal of international repute affiliated to Motivational Strips, the world’s most active writers forum. On 15th August 2020, Motivational Strips and Gujarat Sahitya Akademi under State Government of Gujarat honoured 350 writers of which Malakshmi was one, for Literary excellence on par with Global standards.