SUCCESS OF HOW TO WRITE FOR SUCCESS LITERARY FORUM 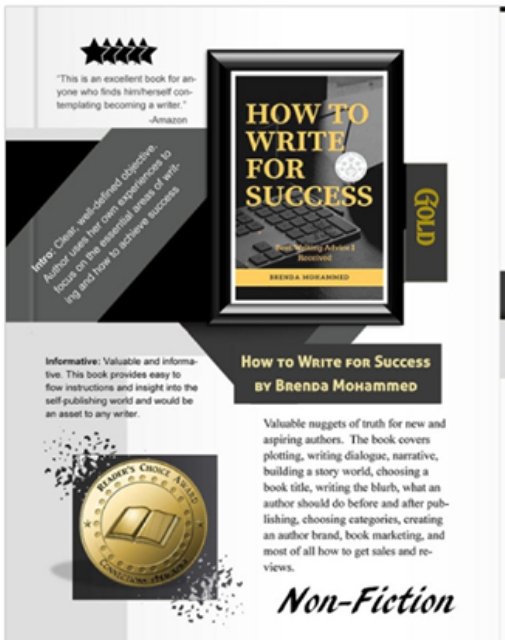 The book HOW TO WRITE FOR SUCCESS was published on my birthday 1st December 2017.

It was not planned that way. It just happened. I started writing ‘How to Write for Success’ just after I had published Zeeka Chronicles in February 2017. Because of the resounding success of Zeeka Chronicles. I decided to share with new and aspiring authors on how to write a best-selling and award-winning book. I was hesitant to publish the book as I was unsure how well it would be received by other authors. I finally published it and it was live on Amazon on 1st December 2017. Was that a coincidence that it was live on my birthday?

In January 2018, one month after the book How to Write for Success was published, Readers Favorite gave it a five-star review. It also garnered several more five-star reviews. That inspired me to start the Literary Forum HOW TO WRITE FOR SUCCESS on 5th February 2018.

I had no idea at that time what direction the forum would take. We had few members and I felt that we were not achieving much. One day in July 2018, I received a message in my inbox from someone with a very long name. He asked me to join his forum of which he was the Founder, and become one of his Administrators. He had already added me as a member. The next day I decided to check out his forum and I agreed to be an Administrator. I received a very warm welcome in the chat room. However, I was not a poet at that time and I felt that I could not manage it. After one month, I left the forum. The Founder was persistent and messaged me to ask why I left. One of his Admins added me back to the forum. In October 2018, the Founder affiliated How to Write for Success with his forum.

Feb.2019 – With 49 co-authors, A Spark of Hope: A Treasury of Poems for Saving Lives Volume 1 was published.

Both books topped the charts on Amazon and made Best Seller No. 1 within the space of a few days.

March 5th 2020 - Together with 87 co-authors, the Forum also published a ground-breaking Anthology, Break the Silence: An Anthology Against Domestic Violence.

The book contained an article by the Moderator of the Presbyterian Church in Trinidad, Right Reverend Joy Abdul-Mohan. The Anthology topped the charts of Amazon in a few days and became an Amazon bestseller No 1

The sub-forums Poems for Suicide Prevention, Poems Against  Domestic Violence, and Library of How to Write for Success were established thereafter.

15th February 2020 Alem Hailu of the Ethiopian Herald published a review about the book How to Write for Success. CLICK HERE TO READ

On 28th May 2020. WORLD NATIONS WRITERS UNION conferred on How to Write for Success a rare and exclusive award to selfless literary institutions that have very high standards of operations, and serve the world of literature selflessly.

On India’s Independence Day - 15th August 2020, all twelve Administrators, the Founder, and many members were honoured by GUJARAT SAHITYA ACADEMY AND MS.