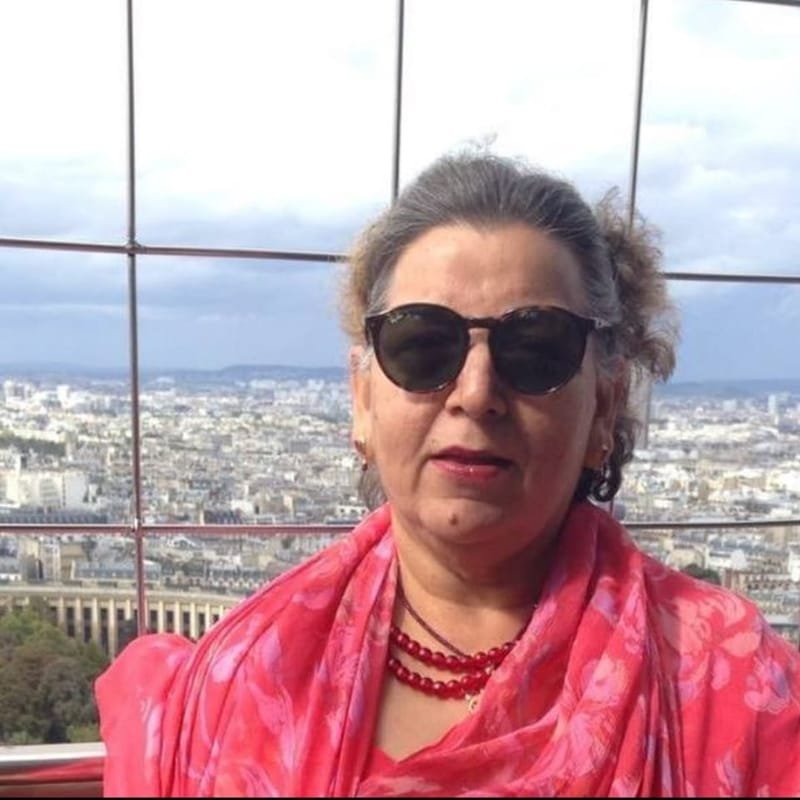 Vindhya Sharma, is nicknamed Bindi Sharma on Facebook. Bindi did her schooling in Dehradoon, India where she graduated in Indian culture and Fine Arts. She is a national scholarship holder and studied political science for two years at PB university in Chandigarh. After that, and inspired by her mother, she joined various social organisations to do social work. Bindi worked as State Social Organiser at Shimla H P. This is an Association for social and moral hygiene She was also involved in associations with Bhartiya Grameen, Mahila Sangh, and The Red Cross society affiliated under the International Abolitionist Federation of Geneva. During this period she organised agricultural camps and seminars at the district level involving people at the grass root level. She wrote a thesis on 'The status of women in Himachal Pradesh and presented it in All India Conference at Jaipur. She continued to work for the upliftment of rural areas. Later on, she chose journalism as a career in Delhi and worked for 'India calling ' ( Toronto paper ). She also did freelancing for various Indian papers. In between, she worked in the Press institute of India Sapru house New Delhi under Nieman fellow late Shri Chanchal Sarkar for the publication of its magazine 'Vidura. She loves to write poetry and has published many poems. Bindi’s book of poetry 'Eternal memories” containing 65 poems was published by Vishwa Bhartiya research centre and was released in world poetry festival 2017 organised by Shri L S R Prasad in Hyderabad Ramoji Rao City. She is a co-author in several national and international anthologies. Bindi won several international literary awards.