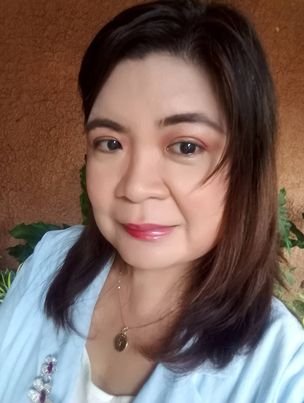 Elizabeth Esguerra Castillo is a multi-awarded International Author/Poet and International Visual Artist from the Philippines. She published 2 books: "Seasons of Emotions" (UK) and "Inner Reflectiobs of the Muse" (USA) and currently working on her 3rd book: "Vers d' Ambedo". She is also due to publish a poetry collaboration book "Verses of Meraki" with Shahid Abbas from Pakistan. Elizabeth is a co-author to more than 100 international anthologies and her works were already translated into 18 different languages. Elizabeth is the Cultural Ambassador to the Philippines of Inner Child Press International, the Ambassador of Peace and Goodwill to the Philippines of Naciones Unidas delas Letras & Semillas de Juventud Siglo XXI based in Argentina, as well as the President Adjunto and Co-Founder of Real-izar La Paz South Asia and an Honorary Member. Camara Internacional de Escritores y Artistas (CIESART) based in Barcelona Spain appointed her as the President of CIESART Filipinas Headquarters and a Member of the Board of Directors of the Illustrious Council of the President. Elizabeth considers herself a self-taught artist with her works leaning toward abstract expressionism and surrealism. Elizabeth believes that art heals psychologically, mentally, spiritually, and physically. She likes experimenting on her pieces which are all absolutely authentic as she also coins herself as an Intuitive Artist. From her cascade of exquisite artworks, one can immerse himself into a dreamy realm. Surreal paintings that can take you to different worlds. Almost all of her paintings were done at the spur of the moment as if her hand has a mind of its own and guides the brushstrokes to create masterpieces. She strongly believes that “Art shows us not just perfection but to discover imperfections and find the collateral beauty behind it.” Elizabeth uses recycled materials to give texture and life to her works. She also wants her art pieces to be socially relevant like her “Earth Theme” and “Climate Change” Series of works. Through her art, she wants to inspire others to protect the Earth and help reverse the effects of climate change. Her paintings were already featured in both local and international art exhibitions such as the Delphian Art Gallery in London, Luan Emotional Museum in Mexico City, Mexico, Luna Galleria Philippines, “Transmission”International Art Exhibition, Art Show Philippines, and “Mujeres del Artes 4” All Women Art Exhibition on display at LeBlanc Hotel and Resort in her city, Antipolo City, Philippines organized by ARTipolo Group. She was given a “Rising Star Award” for her painting “Tres Mujeres” in the Talentila Foundation India’s Online Art Exhibition in observance of the International Women’s Month last March. She was a Participating Artist for the Pakistan Contemporary Art Festival and Exhibition held in Lahore, Pakistan. Her design "The Sun of the Orient" was featured in an open-air solar-inspired art exhibit FESTIVAL DEL SOLSTICIO organized by Sidera, proyektos de Arte held in Lima, Peru and was later on presented at the Conversatory Exposicion at the University Nacional Mayor de San Marcos inside the Biblioteca de Espana de Arte in Lima, Peru. Her artwork was donated for a coloring book which will be published abroad. Elizabeth' s other paintings were part of international exhibits in Chile and Hungary. She is also one of the Participating Artists in the Panorama International Art and Sculpture Festival in Athens, Greece along with other prominent foreign Visual Artists. Elizabeth is a Participating Artist in "Pintura" Group Art Exhibit of ARTipolo held again in LeBlanc Hotel and Resort in the Philippines and of an upcoming group art joint collaboration "Pakig-angay 2.0 in the Province of Rizal" to be held in The Blanco Art Gallery in Angono, Rizal, the Art Capital of the Philippines. Humanity Magazine based in Russia appointed her as the Editor of the Art Direction in Oceania and has her own Oceania Art Page which features her eclectic and mystical works of art. Elizabeth is a member of GAPI, and a Philippine-based art group, ARTipolo Group and of Fantapia International Art Group based in South Korea. She is also advocating for the promotion of The Creative Arts as therapy in neurophatic pain management and had her works exhibited in Paintingsph on Instagram. Elizabeth has her own art brand “Art Heals by Elizabeth Esguerra Castillo” and offers commissioned paintings to clients.